Ancient China kites were developed around 2300 years ago in China in Shandong district. The development of Kites flourished during the Warring Dynasty. The best season for making Kites was the autumn or spring season.

When were Ancient China Kites invented?

The Ancient book Han-Fei-Zi had become very famous and Mu-Zi became a very well known personality for development of joineries. Wooden-Black-Eared-Kite was one of the first kinds of Kites constructed within three years of the first man-made kite in China.

Many masters of Chinese Kites come from the city of Lu (now called Qufu) in China which is also the birth-place of Confucius. Flying Kites on the BaiLang River in China was very famous. Before Bird Kites were developed initially kites were made with bamboo frames of which the Wooden-Black-Eared-Kite was also made. 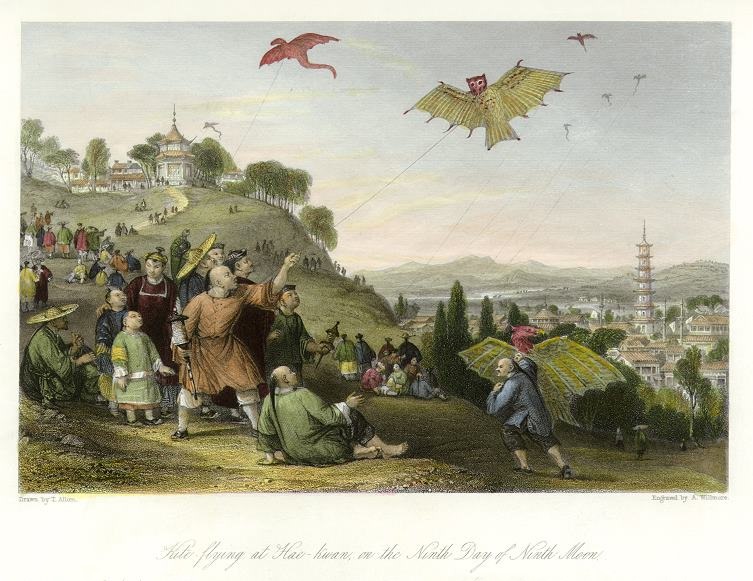 The City of Wei-Fang in China where Kites first originated has been hosting an international festival of Kites since 1984. Later a museum was also opened in Wei-Fang and a World Wide Federation of Kites was also formed in the same city. Kites can be Centipede, hard or soft winged as well as flat in shape. Today Kites are of different forms and have different themes and designs encrypted on them. Kites today especially Centipede Kites have many color combinations and fresh themes, many are with dragon-heads on them.

Although Kites are now very famous all over the world however the prime credit of developing Kites creatively and spreading its use goes to China.