Like the Yuans, the Ancient China Qing Dynasty was also a foreign dynasty. They were Manchus from Manchuria and ruled China from 1644 to 1911 AD.

The first three kings of the Ancient Chinese Qing dynasty was the Kangxi Emperor (1662 to 1722 AD), the Yongzheng Emperor (1722 to 1736 AD) and the Qianlong Emperor (1736 to 1796 AD) were most successful in ruling China. Under their rule, the country witnessed peace and prosperity.

Unlike the Yuans who had only foreigners serving in the government, the Manchu had more of Chinese people. However, they ensured that their own identity was preserved. During the Qing rule, the Chinese men had to shave their heads and wear the Manchurian styled dresses. However, the women continued to dress like before. 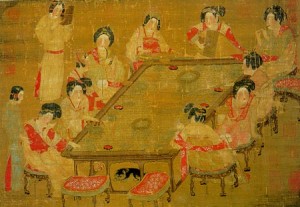