Ancient Chinese Xia dynasty was one of the most ancient dynasties of China established in 2070 BC. This dynasty was in its peak of feudalism and used cowries. Proper Chinese dialect became very famous during this era. The Xia Dynasty (pinyin: Xi Cho; Wade-Giles: Hsia-Ch’ao) of China is the first dynasty to be described in ancient historical records such as Records of the Grand Historian and Bamboo Annals. The Ancient China Xia Dynasty was established by the legendary Yu the Great. 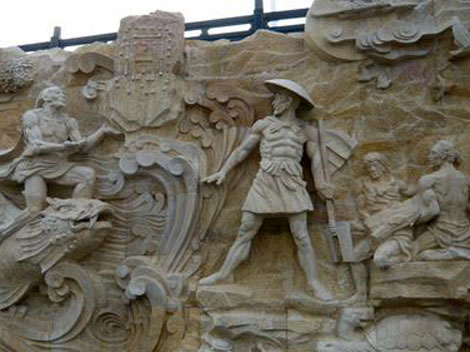 Xia dynasty of ancient China was a purely tribal dynasty and archaeological evidence has proved its existence. It had five emperors. The Xia dynasty was established after several attempts were made to save people from floods and other calamities.

The kings of the Xia dynasty established the oracle script and had great achievements, however, turned out to be corrupt in the later stages. Erilitou Culture belongs to this era, and many schools have debated on the culture followed in the Xia dynasty followed by the Shang and Zhou Dynasties.

Miao tribes were very famous during this era and with Muzos book one can make out that mythology existed in Ancient China to a great extent. This was the first dynasty which unified Ancient China.