Talking about the medicinal importance of the Chinese food, we ought to mention the Traditional Chinese Medicine (TCM). Some of the popular concepts and practices are as follows:

In the Tang Dynasty (618 – 907) Li Shizhen (in the Compendium of Materia Medica) recorded 1892 classification of herbal medicine.

The herbs are not eaten in their crude form, but prepared and decocted. It’s the decocting jar, a quantity of water, and the frequency of decoction that determines the quality of herbal medicine.

What fascinates people is that fine needles and the gentle strength can make you healthy without taking lots of pills. This field features the pricks of needles on acupuncture point to adjust the organic functions and clear the energy channels of obstruction in our body.

Some other health-related concepts are animism (the notion that all things possess a spirit), the yin and the yang (the notion of opposing forces in nature and of striking the right balance between the two), Qi Gong, and even a cosmic dimension.

Also, practices like moxibustion (the incense-like burning of the dried mugwort herb), Tui Na (a form of massage therapy), Taiji Quan (the yoga-like “internal” martial art that relieves stress and fosters well-being through specific movement and posture routines), and cupping, or fire cupping (it involves placing cups that have had the oxygen removed from the air inside via a flame, creating a suction effect when the cup is placed on the skin).

And this is only a partial list of the centuries-old TCM practices that have survived down the ages.

Feng Shui (literally meaning “wind water”) is part of an ancient Chinese philosophy of nature. Its basically about understanding the relationships between nature and ourselves so that we might live in harmony with our environment; however, it is often identified as a form of geomancy, divination by geographic features. 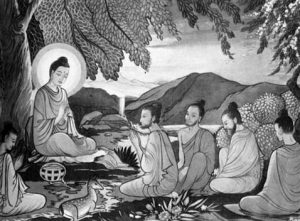 Its based on the mind-over-matter notion that there exist exogenous forces in nature that can and should be harnessed in order to provide well-being, and that where these are not properly harnessed or are ignored, they can, in fact, do harm.

Alleged masters of Feng Shui, those who understand the five elements and the two energies such as chi and Sha (hard energy, the opposite of chi), are supposed to be able to detect metaphysical energies and give directions for their optimal flow. Feng Shui has become a kind of architectural acupuncture: wizards and magi insert themselves into buildings or landscapes and use their metaphysical sensors to detect the flow of good and bad “energy.”

The new trend is that if u have some trouble in the bedroom, call a feng shui master. You probably need to move a few things around to get the bedroom chi flowing properly. Only a person with special metaphysical sensors, however, can tell what really needs to be done.

How rich Chinese traditions and culture is, cant be generalized. The diversity has been preserved by the Chinese government and people; some of these Chinese Traditions can be traced in the current developed China also.