China is one of the oldest and continuous cultures in the world, with over 5,000 years of recorded history. The earliest forms of Ancient Chinese Dancing grew out of religious rituals including exorcism dances performed by shaman and drunken masked dances and courtship festivals and developed into forms of entertainment patronized by the court. 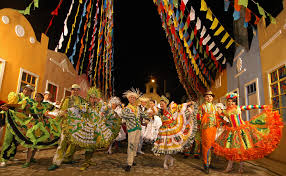 Court dances date back to the Qin Dynasty (220 B.C.) and were performed in the palace of the emperor. The court dance reached its height of sophistication in the Tang dynasty and was depicted in the poetry, paintings, and sculpture of that period. There are two kinds of court dances: those based on the Chinese warrior exercises such as martial art fighting forms and those based on the Confucian etiquette and ritual codes.

Han dynasty dances included a dance with 16 boys acting out chores performed by farmers such reaping, cutting grass and shooing away birds, and a dance with 300 young girls moving around a sacrificial altar. Bas-reliefs and rubbings from the period depict dances with weapons, scarves and long sleeves.

In Ancient Chinese Dancing Ball Room, dance was also a dance form. People danced for social intercourse and for making friends. The dance was just like today’s ballroom dance. At parties, the host will dance first. After the host finishes the dance, he will invite one of the guests to dance continuously. After the second dancer ends his dance, another one will be invited to dance. Thus, the dance goes on and on.

After the Tang dynasty, the custom of foot binding began to take root. This was a severe blow for women dancers. It is difficult to walk, let alone dance with bound feet. Dances performed in dance theatre and Confucian ritual were the preserve of males.

Classical Chinese dance has a vast training system and is a dance form still mostly new to the West. You could say it carries the essence of Chinese cultural expression in its movements, postures, and aesthetics. In its early years, it was passed down primarily in the imperial court and as part of the ancient theatre.