Ancient Chinese farming is older than 10,000 years. Amongst all the civilizations of the world, the Chinese civilization is the oldest to cultivate rice. A major part of the land is not suitable for rice cultivation.

They could only cultivate rice on 10% of the land. Therefore, Ancient China Farming was formulated to yield maximum results. 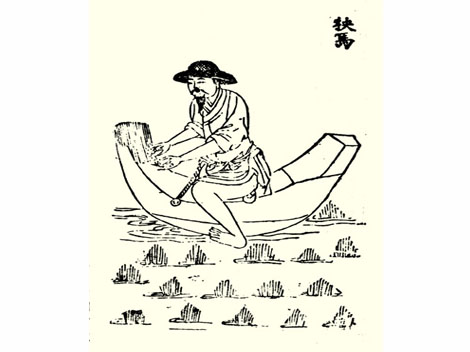 This is one of the methods of farming in ancient China. Seeds are planted in rows rather than following other methods of sowing like broadcasting or scattering the seeds. This facilitated the ancient farmers to irrigate the fields easily and derive maximum yield of crops.

Rice has always been the staple Chinese food. Rice requires a lot of water for its growth. So, irrigation and wet farming methods were vital parts of ancient Chinese farming. 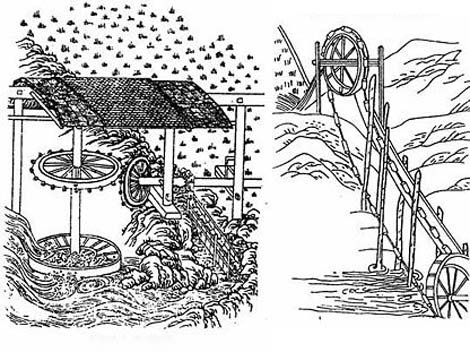 The Dujjangyan irrigation system was built as an ancient farming technique. It is so effective and strong that it survives even until today. It is so fascinating a structure that several people gather to see this place year after year. It had been constructed for more than 2,200 years ago.

This dam was built to control the floods of the Minijiang River. Even till the present day, this dam lets water as well as aquatic life to pass through. Most of the modern as innovative dams restrict the flow of water.

The Chinese people used some of the most efficient farming tools which made their farming so successful. Iron plows became improved in their designs and efficiency. This took place at around the third century BC. The casting techniques improved and also the availability of iron doubled in the markets. The new design of plowshares was also known as Kuan. 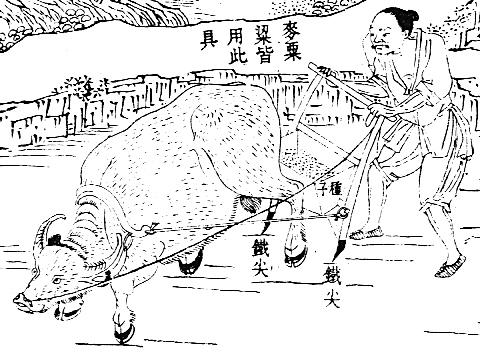 The other countries like Greece and Romans were quite backward when compared to China. They were still stuck with primitive tools whereas China had progressed so much. The iron plows brought a lot of facilities to the Chinese. Seeds could be sown much easily with them in the furrows.

Another important tool used by the ancient Chinese in agriculture was the waterwheels. Grains were Ground with the help of waterpower. In the 2nd century BC, China was much more dependent on water power for the purpose of milling its grains than any other western countries of the world.