Ancient Chinese Mathematics was known for its ease and efficiency. Chou Pei Suan Ching was the earliest mathematical text from China. This document dates back to 300 BC or later.

Chinese number system came into vogue during the Shang dynasty itself, much earlier than the Indians began to use numbers. Symbols were used for numbers from 1 to 10 and multiples of 10. Small counting rods were used for calculations. The positions of the rods gave a decimal place-value system, also written for long-term records. 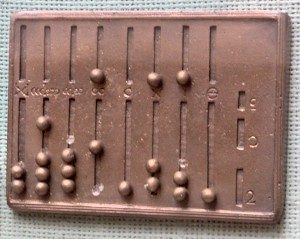 The Jiuzhang Suanshu or Nine Chapters, the earliest Chinese work on Ancient Chinese Mathematics was written at around 200 BC. The first chapter deals with field measurement. Areas of a square, rectangle, triangle, trapezoid, circle, circle segment are discussed. Chapters 2, 3 and 6 are on proportions and taxes. The fourth chapter discusses algorithms for square and cube roots. Chapter five is on volumes of cube, prism frustums, pyramid, triangular pyramid, cylinder, cone, and conic frustum and so on. After the seventh and eighth chapters, the last chapter is on right triangles.

Liu Hui of 263 BC had written a commentary on Nine Chapters. Zhang Qiujian wrote his mathematical manual. Zu Chongzhi was an astronomer, mathematician, and engineer. He is renowned for his contributions to astrology. He also recommended a new calendar. The names of famous Chinese mathematicians run to pages and the list is endless.

Mo jing was a work on physical sciences and geometry. Mathematics was one of the six arts that the students had to master during the Zhou dynasty.