Yang, which means male in Chinese, is known to be strong, fierce, authoritarian and imposing in China. Ancient Chinese men with their ferocious and courageous nature were respected and feared. 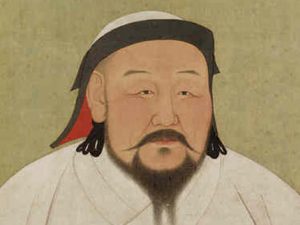 Be it building gorges across the Yangtze River or laying the stones of the Great Wall of China, ancient Chinese men have proved their mettle time and again. Even the construction of the central Pacific Railroad is credited to the hard work of Chinese men.

Ancient Chinese men have been known to have full influence over their family. They were the breadwinners of the family. Women feared them. It was believed that women need the guidance and control of men. Men were considered superior.

Extremely authoritative, ancient Chinese men were stern and strict. Men were supposed to lead the family and women, follow. The Confucian model ruled the beliefs and practices. According to the model, men always assumed the more dominating role.

Fathers played the role of the head of the family. They displayed little or no affection. They kept away from all kinds of emotions and took logical steps. Legal authority and the right to take decisions rested with the father.

Other members of the family had no attachments of affection with the father. He was seen as a strict disciplinarian. It was the father who took decisions about his children’s marriage.

Men considered cooking and cleaning as trivial matters and stayed away. It was their responsibility to see to it that the family had food to eat. They tried to fulfill basic needs of the family.

Ancient Chinese men were divided into four classes of occupation. The classes were gentry, peasants, artisans and craftsmen, and merchants and traders.

They gentry were the ones who rode the chariots and commanded the army. They wore dignified clothes and used weapons such as swords.

The peasants tilled the land and grew crops which were used to feed the entire population.

Artisans and craftsmen were respected as much as the peasants. They produced goods which were needed by the people in their day to day life.

The merchants and traders were seen as essential members of the society. They were intellectuals and held in high regard. The merchant class was wealthy and had great influence in the society.

Qin Shi Huang, credited for the construction of the Great Wall of China, was the First Emperor of unified China. He was made the king of Qin at a tender age of 13. After conquering six warring states and overthrowing a strong domestic rebellion the great king took complete charge of China the age of 24.

?Confucius: The great Chinese philosopher and thinker, established doctrines which had a strong influence over the whole of China. He established principles of family unity, respect for elders and ancestor worship, which are widely used even today.