Ling Lun is the legendary founder of music in Chinese mythology. As per the records and documents available, the history of ancient Chinese music is as old as the history of Chinese civilization, i.e. as early as the Zhou Dynasty (1122 BC-256 BC). Today, music, on one hand, is preserved in the form of its rich, traditional culture and on the other hand, in the form of one or more contemporary form.

The oldest known written music of ancient China is Youlan or the Solitary Orchid. It was during the Qin period during the Tang Dynasty for which the first major well-documented flowering of Chinese music. 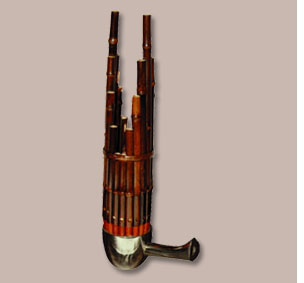 It was during the Qin Dynasty that the Imperial Music Bureau was established. Its main work was to supervise court music and military music and determining what folk music would be officially recognized. In the later dynasties, the development of ancient Chinese was immensely influenced by foreign music, especially Central Asia.

The position of musicians in ancient China was much lower than that of painters, though the music was considered as the central to harmony and longevity of the state. Folk songs were taken seriously by almost all the emperors of ancient China, sending officers to collect songs to inspect.

Matteo Ricci, Jesuit priest was the first European to reach China with a musical instrument in 1601. He presented Harpsichord to the Ming imperial and he also trained four eunuchs to play it.

The East Is Red, a folk song from northern Shaanxi was adopted as the national hymn. Symphony orchestras were very popular and were found in major cities and performed to a wide audience in the concert halls and on the radio.

Many performers also added jazz influence to the traditional music, adding xylophones, saxophones, and violins, amongst other instruments. Lu Winching, Li Jinhui, Zhou Xuan, Qui Hecho, Yin Zizhong and He Dasha were among the most popular performers and composers during the period.