Ancient Chinese paintings date back to 5000 or 6000 years ago. It was primarily triggered by the common practice of the Chinese to use crushed minerals to paint simple designs, figures, and motifs on potteries. The patterns, commonly painted in ancient China, consisted of dots, animals, plants, rocks, human beings, zigzags and spirals and the practice was prevalent during the Yangshao, Longshan, and the Han, the Eastern Zhou, Shang and Qin dynasties.

The designs were done on pottery, but later on, bronze containers were used for painting different types of patterns. Ancient Chinese paintings on bronze vessels can be traced back to the Bronze Age. But the real history of Chinese paintings actually began after Xuanzhi or Shuen paper made from rice, was invented during the Tang dynasty.

Little is known about the ancient Chinese paintings as few of them have managed to survive in good condition. Among those that have stood the test of time, paintings on silk and paper stand out. They can be traced back to over 2000 years ago. You can classify Chinese paintings into figures, landscapes and flower and bird.

Painting and calligraphy produced primarily by amateurs and scholars were appreciated in the courts of famous Chinese kings. Calligraphy was regarded as a unique and very pure painting from where the use of animal hair brush like a pen, pine soots for black ink and animal glue was common. 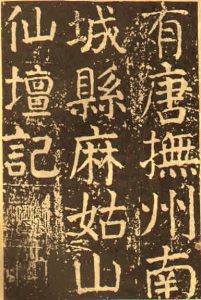 After ancient Chinese painting evolved, artists began to experiment with different styles and subjects. Calligraphy, using human figures, landscapes, birds, horses, and flowers came in vogue. In China, calligraphy was considered to be the epitome of artistic pursuits. Even in the present times, calligraphy is an integral part of Chinese artistic creativity. Compared to western paintings, Chinese paintings were completely different in terms of style, form, and content.

Even though western paintings were introduced into China in the 17th century, traditional paintings in China were classified under Chinese paintings. Initially, pottery was primarily used in China for ceremonial purposes and for burials. In line with the practice of using pottery for shaping them in the form of animals and humans, Chinese paintings too concentrated on figurines especially during the Han dynasty.

Research is underway to unravel some of the greatest artworks known to mankind which existed in ancient China. There is a peculiarity about ancient Chinese paintings that is unmatched in any other artistic work from across the world. You can easily identify Chinese paintings and trace their origins as well.