Ancient Chinese paper currency was the first known cash notes in the world. Paper money came into vogue in China around the 9th century AD and was commonly known as flying money. It was extremely light and simply blew away from one’s hand. It was more in the form of a draft than anything else as merchants could get one of them by depositing cash. It could be exchanged once again for cash in another Chinese province. 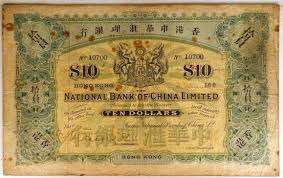 The system of ancient Chinese paper currency was unregulated and was primarily in the hands of merchants before the government took it over. It was used for collecting revenue and taxes and the use of paper certificates was also prevalent. Government officials issued them and they were redeemable in all provinces across China and used for buying commodities like tea and salt.

After the coming of the Mongols in China, a kind of currency was in use, known as silk notes.

The currency was in the form of silk yarn bundles instead of precious metals which came in vogue later on. Old money in the hands of the people had to be exchanged for the new silk notes. The Mongols of China are credited with spreading the use of silk notes to other parts of their empire as well and too far off places like Persia. During the visit of Marco Polo to China, the silk notes fascinated him so much that he devoted an entire chapter on the art of their manufacture and circulation as well.

Compared to the Yuan dynasties reliance on paper notes, the subsequent Ming and Ching dynasties used copper and silver. But there was very little regulation of paper currency during the time of the Ming dynasty. The notes were called Ta Ming Tung Hsing Pao Chao and were usually referred to as the Great Ming precious notes. The name of Chuan Pu Tung Chih comprised of 60 varieties of notes that were issued from 1368 to 1426.

Ancient Chinese paper currency in denominations of 100, 200, 300, 400, 500 and 1000 was not convertible and could not be exchanged for coin. Historical excavations and studies have revealed that mulberry bark paper was used for making the notes and they were also recycled from examination papers of the government used for the civil services. Ming notes were circulated by emperor Cheng-Tsu and Jen-Tsung after being issued by emperor Tai-Tsu.