Ancient Chinese paper has loads of significance as China was the first nation that invented paper during the reign of the Han dynasty which existed from 206 BC to 23 AD. The paper was unusually thick, coarse and uneven in texture as it was made from bits and pieces of hemp fibers. The earliest attempt to make paper in China was done during the Han dynasty according to findings in a Gangsu province tomb. 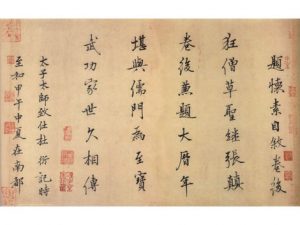 Made from hemp, fishnet and wheat stalks

It was in the Eastern Han dynasty that the first ancient Chinese paper was made. Cai Lun was a court official who made a special paper in 105 AD using rags, hemp, bark, fishnet, wheat stalks and several other materials as well. The paper was very durable, light and cheap making it ideal for brush writing. Paper in those days was usually rough in texture, but the Chinese variety was unique.

Chinese used paper primarily for painting and calligraphy. For painting, the paper had to be soft, durable, absorbent and white in color. Xuan paper, made in Anhui in Jing County was by far the best in those times and preferred by painters and calligraphers. From China, the art of making paper spread to other nations like Korea and Vietnam as well. Papermaking also spread to the west later on with the first paper mill coming up in Europe in 1009. There is another historical school of thought about papermaking.

After the use of papyrus became common in Egypt, China got into the act of papermaking 3000 years ago by mixing mulberry and bamboo tree barks and drying the mixture on a flat bamboo frame. Later on, during the Tang and the Song dynasties, the paper was made from hides and pine barks as well and it became an ideal medium for pursuing the art of calligraphy. Ancient Chinese paper triggered the development of printing and the spread of literacy and knowledge among the people.