The ancient Chinese had great secrets which are being discovered and used even today. Ancient Chinese Secrets that cured various health problems; brought luck, good life and pure mind existed centuries back. These were then passed down generations to benefit mankind.

The ancient Chinese secret theory of Yin-Yang is well known today. Traditional Chinese medicines have provided easy cures for all physical ailments. The Tao Te Ching is a book of secrets about life. Today it stands as the most influential book in history.

Acupuncture and acupressure, the two famous ancient Chinese secret techniques are known to protect and preserve health every day.

This is the most important Chinese secret that provides an explanation for everything that has existence. This theory signifies the marriage of two opposite principles yin and yang. Yin symbolizes the feminine; the dark and passive. Yang, on the other hand, symbolizes the masculine; active and light.

This secret comes from observing the very essence of Universe i.e. from darkness comes light. Earth and sky, winter and summer, night and day, cold and hot, are manifestations this theory.

The secret says that establishing harmony between these two opposite principles brings health and happiness whereas disharmony causes discord. These principles appear separate and opposite yet they are connected.

Tao Te Ching is believed to be one of the most influential books in history. Written by the keeper of an Imperial library in ancient China, Lao Tzu, the book contains verses written in ancient Chinese. 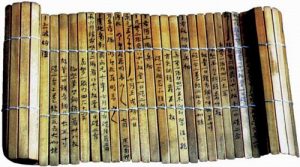 Lao Tzu’s wisdom was known far and wide. When he was leaving the countryside, the guards asked him to write out his learnings so that the future generation could learn and use them. Lao Tzu then wrote Tao Te Ching and left. He was never heard of again.

The famous ancient Chinese sayings such as “Those who know do not speak, those who speak, do not know” and “Even a 1,000-mile journey starts with a single step” have their source in Tao Te Ching.

The ancient Chinese medicine is believed to be the most developed and clinically oriented. The most used herbs for their treatment. People in ancient China even added these herbs to their food.

Some of their ancient and secret herbs are mentioned below:

?Schisandra: this herb was used to prolong life. A person using it was believed to live longer.

?Ho Shou Wu: this herb was used as a tonic to increase stamina and overall body balance.

?Ginseng: this herb was used to maintain an overall good health. Ginseng was known as the king of herbs.

?Astragalus: this herb was used as an energy booster and believed to enhance the immune system.

?Dong Quai: known as the queen of herbs, it was mostly used to strengthen the immune system.

Ancient Chinese secrets abound in every nook and cranny of China. People there, in their day to day, lives still use these secrets of life. Much needs to be undeciphered and unraveled before all these secrets become known to the living man.