Ancient Chinese tactics are a series of moves and strategies focused on warfare. They are the thirty-six strategies which are cunning and devised in such a way that the opponent can be defeated if applied in the arena of politics, espionage, and diplomacy. There are other tactics too like the Art of War by Sun Tzu, focused primarily on tactics on the battlefield, military leadership, and organization. 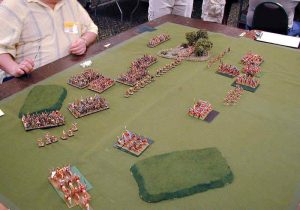 No one knows till now when the 36 strategies were devised, but they are believed to have originated during the time of the southern Chi dynasty and found mention in the history of the emperors’ reign, known as the Nan Chi Shi. They are a set of proverbs put to use several hundreds of years ago before the 36 strategies were compiled. The 36 strategies have accidentally discovered the remains of a book lying unnoticed at a vendor in the Szechwan province in 1941.

It was found that the book was a reprinted version of an earlier book written during the Ming or an earlier Ching dynasty, known as The Secret Art of War or The 36 Strategies. Some of the strategies were used by Gaozu, the founder of the Han dynasty to flee Szechuan province much before in 223 BC. Among the ancient Chinese tactics of besieging Wei to rescue Zhao was followed by Sun Bin in 352 BC.

But ancient Chinese tactics are not only strategies to be followed in the battlefield, but in psychological warfare as well to diminish the will of the enemy to pursue a fight. The tactics are aimed at undermining the mental capabilities of the opponent to render all his moves ineffective.

All through ancient Chinese history, the tactics like frame job and double-cross have been used ingrained in the proverbs, kill with a borrowed sword or hide the dagger behind a smile.

The means were very deceptive and unorthodox even though they drew their inspiration from Confucius who laid down ways to maintain honor.

Honor had a different meaning in the Chinese lexicon and to preserve it, ruthlessness was the only way. The tactics were also used in the warring states era during the period 403-221 BC. In normal terms, they are regarded as popular Chinese expressions used for the first time by General Tan, compiled from verbal accounts and preserved in manuscript form.