It is no wonder that ancient Chinese texts still evince interest among the present day generation as one of the oldest civilizations of the world had many interesting things to offer. Many of the contents of the texts are still very relevant these days. The first Chinese text was perhaps written 3500 years ago and it still remains one of the longest and continuously used writing systems in the world. 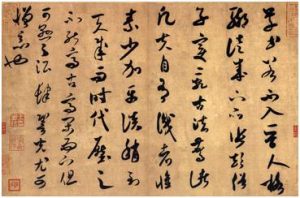 Even though there is an absence of consensus regarding the exact origin of ancient Chinese texts, the earliest known pictograms date back to the Shang dynasty from 1500 to 1000 BC. The symbols in course of time acquired linguistic values and became logograms. From the symbols, the ancient Chinese text evolved and was called the oracle bone script.

Scholars involved in unraveling the history of the Chinese civilization studied the documents to get a hang of the reigns of emperors. The Greater Seal or the Dazhuan was prevalent in the latter part of the Shang dynasty and continued till the Chou dynasties. This form of text was found on cast bronze vessels, but the styles were different due to the variety of surfaces.

The Lishu or the clerkly script was used by government officials around 500 BC and the style was easier and spontaneous with lesser strokes. Brushes and pens could be used in this script. The Lishu characters resemble modern Chinese characters. The Great Seal or the Xiaozhuan was more pictorial in nature and more calligraphy friendly. The Kaishu or the Standard script came into vogue during the Han dynasty.

Classics, I Ching and 3 rites

Among the major ancient Chinese texts, the classics of Confucius stand apart. The classics contained four books which included interactions between Confucius and his disciples and the conversation of Mencius and the kings who reigned during the period. The five classics had I Ching in which divine revelations were made, and the classic of poetry with folk and festal songs also had eulogies and hymns.

Ancient Chinese texts also meant the three rites which recorded the ceremonies and reforms undertaken during the Zhou dynasty. There was the historical classic with excellent examples of quality Chinese prose and contained speech collections and important documents from the Western Zhou, the Shang and Xia dynasties. The chronologically prepared annals of around 16,000 words depicted the events that transpired in the state of Liu.