China is the country with the largest population in the world. This country has been a rich basket of history and traditions for many thousands of years. The Chinese civilization has also helped in shaping the history of the world. As a nation, China has many famous ancient Chinese people- philosophers, rules, artists and so on. Here we give you a brief about some of those famous people from China. 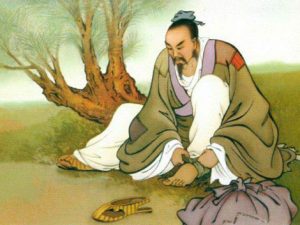 China can boast about many scholar, philosophers, and scientists and so on. All of them have helped in contributing towards the rich cultural heritage of this country. The country is famous for these entrepreneurs and also for its skills in martial arts. China is from where we can trace the history of the world and China is what helping in shaping the cultural aspect of the world as well.

He was the most famous among the famous ancient chances people. He was a philosopher and also a thinker who had a major impact on the lifestyle of the Korean, Chinese, Vietnamese, and Japanese. The philosophy he had emphasized more on the personal as well as government morality. He had preached justice along with sincerity and also his thoughts had developed a system of philosophy which was called Confucianism.

He was one of the famous ancient Chinese people who was considered to be a father of the famous Chinese Taoism. This is an ancient philosophy which advocated the thoughts of living a life which is simple. According to the ancient Chinese history, he was said to have lived in around the 6th Century BC.

Among the famous ancient Chinese people, we have a woman who lived during 500 BC. She was considered among the Four Great Beauties of China. Her father, a tea trader and she herself was trained in the court etiquette. Given to King Fuchai of Wu she had the objective of bewitching the king, leading to his downfall. Although she became successful in her task she had withdrawn herself from the social life.

She knew as Shiao Wen another woman among the famous ancient Chinese people. She was the wife of Emperor Wen who was of Western Han. The empress was a follower of the Taoist philosophy and she had also managed to influence her husband with this. Hence she had managed to create a peace and tranquility era in the Western Han Empire.