Since ancient times, China had a great diversity of animal life due to its climatic and vegetative diversity. Be it domestic or wildlife, ancient China has records of several amazing and myriad species of animals. Also, not just real animals but even mythical Ancient China Animals too find a place in ancient Chinese history and are revered even today.

Domestic Ancient China Animals have been used in China even before the Tang dynasty. The Tang dynasty paintings and sculptures depicted domestic animals in various forms, making them an integral part of ancient Chinese culture.

Dogs were a part of human settlements and households even in the prehistoric times, though the breed is not known.

During the Shang dynasty, the construction of every palace, tomb or royal building was concluded only with the help of a dog sacrifice. Dogs were sacrificial victims even in the Ning rites when they were dismembered into four parts as an act of worship of the four directions.

During the Chou dynasty, too dog sacrifices continued to hold great significance. The ba sacrifice was regarded as an act to ward off evil and was carried out in the presence of the Emperor himself.

Dogs were also a source of protein in ancient China and dried fish fried in dog fat was a regular preparation to reduce body heat during summers. Even the Emperor had to eat dog meat during the first three months of autumn as it was considered to reduce fatigue.

Horses find a mention in even during the Shang dynasty when horse-drawn chariots were already in use. It was in 4th century BC that people started riding on horsebacks. Horses were used for hunting and warfare and though they were also used for sacrifices, the practice died out as horses became very expensive. 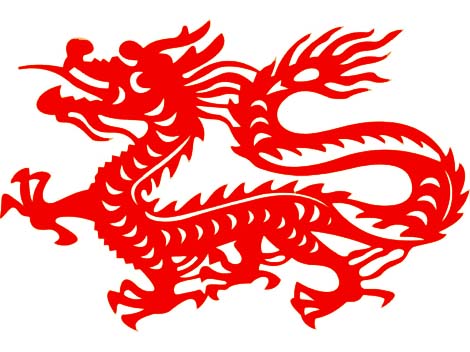 The Chinese zodiac also comprises of animals associated with each year. They include the rat, pig, dog, rooster, monkey, sheep, horse, snake, dragon, rabbit, tiger and the ox. It is said that the zodiac originally did not consist of any animals and that Lord Buddha later assigned these animals for every year.

China has a rich and significant tradition of worshipping mythical animals like the unicorn, the famous dragon, and the Phoenix.

The unicorn is worshipped for long life, contentment, prosperity, and blessings for the offsprings. The Phoenix is a symbol of the sun, agricultural wealth, and good harvest.

The dragon is the most famous Chinese symbol and since ancient times is regarded as an animal with divine powers. It is also considered as a symbol of culture.

Other Animals in Ancient China

The tortoise is yet another animal that is greatly revered in China since ancient times. It is considered as a symbol of strength and endurance.
The other animals that find a mention in ancient Chinese history include the panda, the leopard, and the monkey.

A glimpse of the animal life in ancient China indicates the great significance that people attached to animals in daily life.