The Chinese art has been a subject of great discussion among art connoisseurs across the world. China has an astounding history of all art forms, namely, fine arts, performing arts and folk arts. The ancient Chinese art forms evolved according to the changing dynasties that ruled the country during different years.

Among the various art forms, Chinese pottery is arguably the oldest art form practiced in ancient China. From the Shang dynasty, the art of pottery started gaining roots with bronze being predominantly used to make pitchers, jars, vessels, and boxes. There is a great variety of these bronze artifacts, with some being plain while others finely decorated. 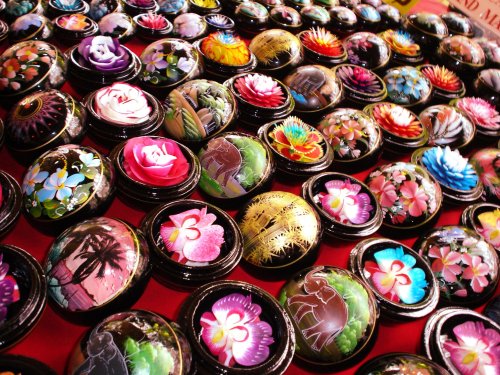 Probably the greatest gift for art lovers has been the porcelain wares. Porcelain jars, cups, teapots, and vases have a stamp of Chinese tradition that lingers to date. Handicrafts made of porcelain are some of the best examples of intricate carvings and artistic excellence.

Yet another ancient Chinese art form is calligraphy. It is an exemplary art form that uses extraordinary brush handling techniques, presentation and style to convey the artist’s message. The roots of the ancient Chinese calligraphy can be traced about 4000 years back and it is believed that it was Cang Jie who invented calligraphy during the reign of the Yellow Emperor. Before the invention of paper, calligraphy was done on silk.

Art of Painting in ancient China

The ancient Chinese poetry is mainly an influence of Confucius, Qu Yuan, and Book of Song. The other art forms that flourished in ancient China include puppetry, handicrafts, embroidery, and ceramics.

The Chinese classical music form the Yayue has been practiced since the Zhou dynasty and was performed in imperial courts in ancient China.

This is just a glimpse of the major art forms prevalent in ancient China with each art form having a long and rich history.