Chinese architecture (Ancient Chinese Buildings) is as old as the Chinese civilization. Chinese architecture has not undergone much change during the years. The style of architecture that existed during the ancient time is quite similar to the present style. As all the source of information reveals, Chinese have always employed an indigenous system of construction. 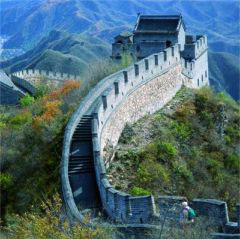 Major and minor carpentry, masonry and stone masonry were the traditional skills of Chinese architecture, which are still applied in the construction in the rural areas of China. Bilateral symmetry and articulation were the two main areas where most of the emphasis was laid down by the Ancient China architecture. It symbolizes balance. These two were found in almost all the Ancient Chinese Buildings, be it complex palaces or simple farmhouses. However, Chinese gardens are an exception to this rule which is essentially asymmetrical. 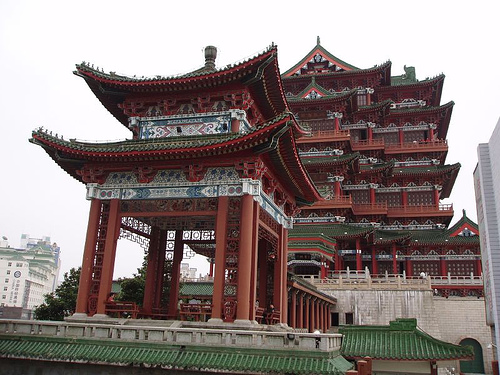 Being the palaces of the Emperors of China, there were certain architectural features that were expressly kept reserved for it. For e.g. yellow being the Imperial color, therefore the use of yellow roof tiles was only used in the palaces of the Emperors. The Forbidden City is the best example of it. The Chinese five-clawed dragon was used as decoration on the beams, pillars and on the doors. 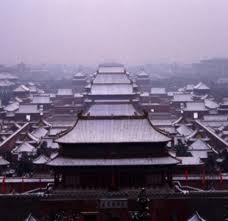 In ancient Chinese architecture, an important place was given to the Altars and the Temples. They are the ceremonial sites. They are the places which offered places for sacrifices to the heaven, the earth, the sun, the moon, the country, mountains and scholars of the past.

Mausoleums form a major part of the Chinese architecture. In ancient times, a funeral was given such an important place that every class of society designed it elaborately. This piece of architecture was very well developed.

These mausoleums were decorated with various types of art, like, painting, calligraphy, carving and so on. It had doors opening in all the four directions. They are the most majestic and magnificent piece of ancient Chinese architecture. They are the biggest building complexes in the ancient China.