Ancient Chinese Education was a rare thing in ancient Chinese society. This is because the children in ancient China were not sent to schools. The parents preferred their wards working in fields, growing rice, millets, vegetables, taking care of the cattle and attending to their siblings than wasting their time in school.

The boys were sometimes allowed to attend schools, but the girls were not that fortunate. Whether a boy would be allowed to go to school or not depended totally on his father’s decision. If the father of the child thought that he could be spared from all the field work, then the boy would get the chance to visit a school. 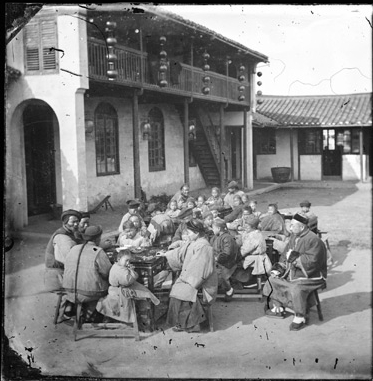 Schools were run mainly in the cities and seldom in the villages. Therefore, if a boy had to attend school, he would have to move to the cities and stay with his relatives until his Ancient Chinese Education was complete.

The rulers of the Han Dynasty encouraged education in ancient Chinese society. They began the system of free schools throughout the country. The emperor himself paid for the education of children in these schools.

The Function Of The Free Schools:

The boys who attended these schools were motivated by the teachers to work very hard towards their studies. If they performed well in examinations that were conducted by the stage, they could secure a job in the government. As far as these jobs were concerned, only those who could qualify for the tests secured a place. Other influences could do little help.

In the ancient Chinese society, a boy was allowed to attend school when he was 6 years of age. The primary schools were small and primitive. There were only 1 or 2 teachers to teach the students of the entire school. The schools were mainly held in the temples. The schools were very rigorous.

Classes were held on all 7 days of the week and there were no holidays on weekends. Classes started from 6 in the morning and ended at 4 in the evening. The schools had 1 or 2 chairs where teachers would sit.

The students occupied the stools. The students were taught to read and write in the ancient schools. They had to memorize Confucian philosophy. They also had to compose essays and paint pictures.