China had always been a region of imperialism. Ancient Chinese Emperors ruled the country ever since recorded history has been found in China. Though the history of China can be divided into many phases, it is the ancient China which holds the maximum answers to the prevailing evolutionary questions.

Quite understandably, this ancient period in Chinese history is the subject of study for millions around the world, including China itself.

Ancient Chinese period can be divided into 3 sovereigns, which was ruled by 5 rulers during the ancient period. The Xia Dynasty makes the top of the list of Ancient Chinese Emperors. The Shang and the Zhou Dynasties appear later. 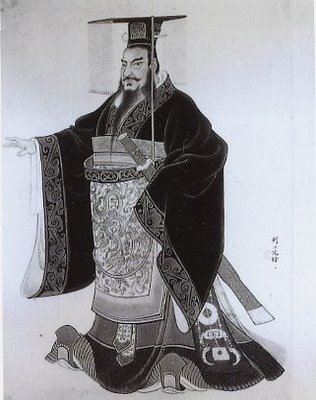 The Zhou dynasty was in the later stages faced with stiff opposition and was involved in a number of wars with local tribesmen and other foreign groups; thus the Zhou period can be further subdivided into Western, Eastern, Spring & Autumn and the Warring States.

The warring states signaled the end of the ancient reign and marked the beginning of a new Imperial era of which the Qin Dynasty was the first to appear.

2100 B.C. was the beginning of the Xia Dynasty which extended to 1600 B.C. This dynasty was the first dynasty to be mentioned in ancient Chinese history. The battle of Mingtiao marked the end of one of the first dynasties of China.

The most notable find from this period are the oracle bones. These bones were actually articles on which inscriptions and many writings had been done. The god angle to Chinese history was added in this period.

The dynasty has been again subdivided into two parts by historians; Zhengzhou and Shangcheng were a part of the first period and Shang or Yin was the latter half of the Shang dynasty. The dynasty is notable because of its regular shifting of capital cities and other things including art and architecture.

The longest dynasty in the history of Chinese imperialism was the Zhou dynasty which began from 1066 BC to the end of 256 BC. The Zhou were basically an off-shoot of the Shang. It was during the reign of King Wu (later, King Zhou) that the semi-feudal system of management was introduced and was largely followed.

Also, art and architecture saw a new high in his reign. Nearly at the end of this ancient period arose some warring local tribes which overthrew the king and began the imperial era of Chinese history The Qin Dynasty.