Unlike the current culture of a nuclear family, joint families were the talk of the day in ancient China. Ancient Chinese Family bonds were much stronger and relationships were more tolerable than the ones we often come across today. A typical family in ancient China would include kids, parents, and grandparents.

Uncles, aunties, and cousins were also to live with the family. It was like one big happy family. Richer families had numerous servants and slaves to help them out with common chores while the less fortunate ones had to manage their jobs on their own.

Children were the center of a family’s life and everyone took every possible measure to keep them happy. Special care was taken from their diet and the elders kept children close to them.

However, in poor families in ancient China where every individual of the home had to work for bread, children generally stayed back with their grandparents. Boys lived all their lives in the same family house whereas girls had to move into their husbands’ house after marriage. 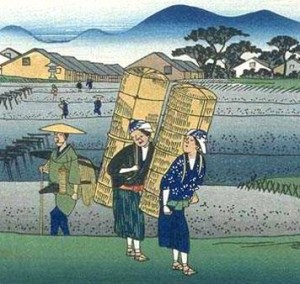 Men occupied the position of powers and women were mere puppets in their hands. A girl followed her parent’s instruction till marriage after which she had to obey her husband and his parents. Almost all women stayed back at home whereas men went out to work. Activities like education, sport, etc were all meant for the men and women were as good as slaves.

Marriages of both men and women were arranged by their parents and family. A boy or girl had no say in this issue and was bound to obey his parents at all costs. For any other decisions irrespective of how big or small it was the head of the family, i.e. either a parent or a husband in the case of a married woman had complete authority over their Ancient Chinese Family.

The elders of the home were generally the head of a house until their death. They commanded huge respect and obedience amongst their family members. Their predecessors held them in high respect even after their death as there was a general belief that the elders visit their homes even after death in spirit form.

There was also a custom of making altars in all houses to provide the sacrifice for the elderly. Few of the ancient Chinese philosophies which believed in the cycle of life also preached the worship of one’s forefathers. One can conclude by terming a typical ancient Chinese Family as conservative, disciplined and yet one that showed mutual love and respect.