China was the oldest inventor of fireworks (Ancient Chinese Fireworks). There is a legend behind this invention. The Chinese believe that a chef who served the Chinese army one was dropped some kitchen materials like saltpeter, charcoal, and sulfur in a fire.

He noticed a multicolored flame emerge out of the fire. He burned the entire thing inside a closed bamboo shoot. As a result of this, there was an enormous explosion outside. This is how Ancient Chinese Firework was formed.

Popularity Of Fireworks In Ancient China:

The people of ancient China used fireworks for fun and merriment. However, as time passed by, fireworks assumed greater meaning to people. They used fireworks to ward off evil spirits. They were used in festivals, ceremonies and for many other religious purposes.

Fireworks were also used to denote celebrations like marriages, victories etc. the desire to immortalize oneself led the people to invent a type of gold. This marked the birth of alchemy.

Li Tian, The Inventor Of Fireworks In Ancient China:

The credit for inventing ancient Chinese fireworks goes to Li Tian. The Chinese believe that he did so on 18th April. This day is celebrated in memory of the inventor. Sacrifices are offered to him on April 18th for his amazing creation.

The Chinese worked upon the crude gunpowder that was available and improved it. They made small, rocket-like structures with wood and filled them with gunpowder. They also used rockets while fighting the Mongolian army. 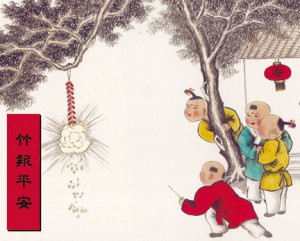 Towards the closure of the Northern dynasty, paper tube crackers were made and set on fire. In the 5th CAD, hundred break crackers came into existence.

Towards the closure of the Sui dynasty, a renowned alchemist, Sun Simiao refined ore and developed fireworks after developing crackers.

Ancient Chinese Fireworks Spread To The Other Corners Of The World:

This lovely art spread to the different parts of the world from China. Arabs mastered this art after learning it from the Chinese. They named it China snow.