Social and financial stature had a huge say in ancient Chinese homes as you can easily divide the same in houses of the rich and that of the poor. The number of poor peoples houses as is obvious was much higher as compared to that of the rich houses.

Poor peoples houses were generally composed of a single room made of rammed earth and with a thatched roof. The fireplaces of these houses were mere pits in the floors. These houses were quite similar to that of poor houses in Africa, West Asia, Greece or Egypt. 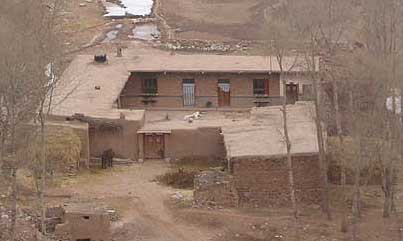 The rich houses on the other hand though few in number were quite luxurious. There were many rooms in such houses and a tall boundary of rammed earth usually enclosed the perimeter of the house.

These boundaries had no windows and doors except for the main entrance. Inside this main wall, there was usually another small wall which acted as a screen for privacy. One can easily conclude that safety was one of the prime concerns of rich Chinese houses (Ancient Chinese Homes). 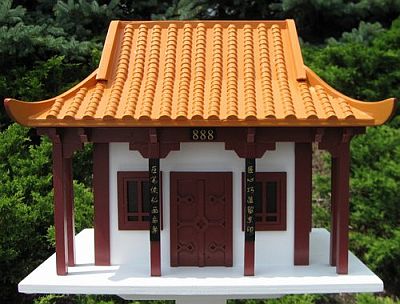 Fancy buildings like temples and palaces were built by the rich all across China. All such buildings were based on one strict design which later came to be known as Taoism and other Chinese philosophies. Primary Chinese designs believed in buildings being long and low instead of tall. Columns and not the walls held up the roof which gave the appearance of the roof floating above the ground.

The first in this style came when symmetry was incorporated into these designs. This style emphasized on both sides of the building being equal in height. Taoism symbolized balance and this was now incorporated in architecture. This continued to be in fashion ranging from the Shang Dynasty in 1500 BC to the Chou Dynasty and finally the Chin Dynasty.

The first notable change in Ancient China homes came in the Hun Dynasty in around 200 BC. With the flow of Buddhism from India, Chinese architecture soon saw the construction of pagodas. Initially, these pagodas were inspired from the Indian stupas. Buddhism soon caught up popularity in China and so did the fashion of building pagodas.

The Tang dynasty came up with the fanciest pagodas, those with eight sides. The White Pagoda at Chengde is one fine example of the same. Fancy palaces with huge halls and fancy decor were the special constructions of the Mongol Dynasty during 1200-1400 AD.