The rich art and heritage of China are thousands of years old. The advancements in technology and science which China is showing today found its roots thousands of years from now. Credited with important discoveries like printing, compass, gunpowder, and papermaking China has ever since then created landmarks in the field of both art and technology. The Chinese also specialized in making musical instruments. Many such Ancient Chinese Instruments in ancient Chinese added flavor to the raw Chinese music. Experts have found evidence of the existence of Chinese musical instruments even in the Zhou Dynasty which reigned between 1122 BC and 256 BC.

You might find it surprising that musicians in ancient China were not treated at par with other artists like the painters. However, not much of an interest to the monarchs, music finally caught their attention in about 221 BC with the Qin dynasty doing the honors.

Ancient China musical instruments are generally divided into eight broad categories. The eight sounds include bamboo, silk, stone, clay, wood, metal, hide and gourd. Well go through these categories one by one:

It was widely used for making woodwind musical instruments. Some examples of ancient Chinese bamboo instruments are Dizi the unique feature of which was an additional buzzing membrane, Xiao was also known as an end-blown the flute and Xindi which had about 21 holes in the transverse flute. 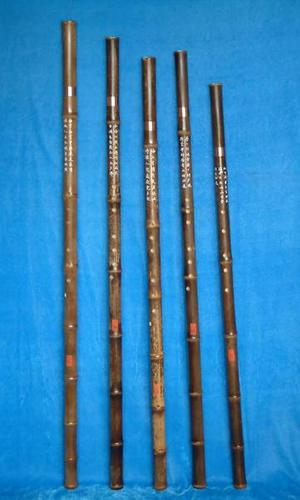 These were expensive equipment and usually strung in nature. Their 3 types include plucked, bowed and struck stringed instruments. The 7 stringed Zither is a good example of a plucked instrument. 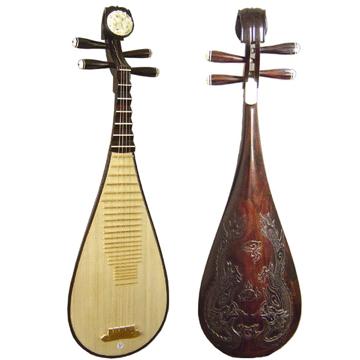 Bowed instruments included the ones with a range of fiddles and over 100 types of instruments were made in this form. The simplest example of a struck instrument is a Yangqin which featured many hammered silk strings on two bamboo poles.

Stone was basically used for the construction of various chimes like a Bianqing and Teqing. The sound was generally produced by striking on these instruments. 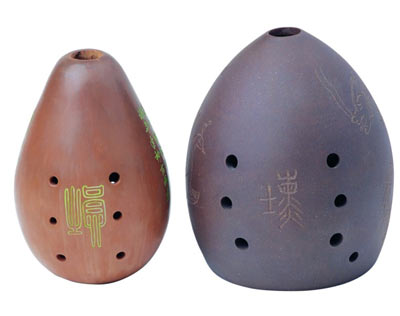 Fou is basically a clay pot which was played as a percussion instrument in ancient China. Another such example includes Xun.

The Ancient Chinese Instruments made from this instrument were also most percussion. Zhu and Yu are such examples

Bells, cymbals, and gongs were the basic instruments made from metal. A combination of all these was used to make wonderful instruments. 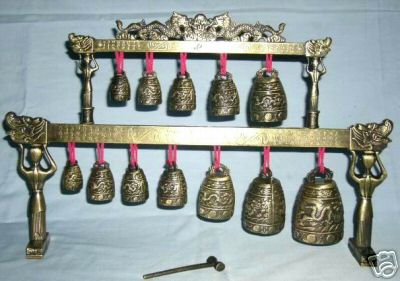 A range of drums was made out of hides to produce a series of sounds. The popular ones included Dagu and Bangu.

Mouth organs which were based on free reed used gourd. One particular piece called Sheng was made by inserting bamboo sticks into a metallic chamber which also featured finger holes.