Chinese dishes are a craving of almost every foodie. The lip-smacking variations that a Chinese dish provides are one of the rarest pleasures to be enjoyed at an authentic Chinese restaurant. Chinese cuisine specializes in the preparation of dishes from rice and noodles (Ancient Chinese Recipes). These two dishes have been favorites ever since the ancient ages.

The use of chopsticks for having ones food was yet another unique feature of Chinese food and dining. This custom is as popular as it was a few years back. The cuisine of this nation has been divided into 4 schools for thousands of years now. Chang, Lu, Yang, and Yue are the four classifications of Chinese food. 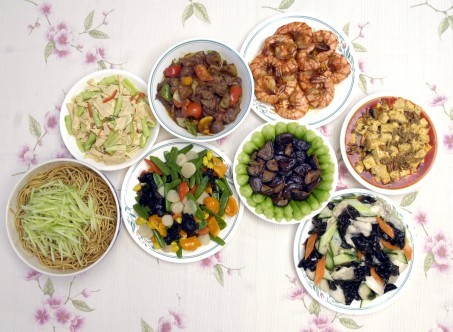 It is obvious for the food of a country to depend on the available natural resources in the given region. Chinese being no exception takes pride in unique plants and animals which lived exclusively in and around China. 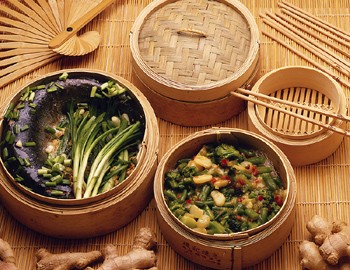 Amongst the meat used for cooking pork, dog, mutton, beef, and venison were the more popular ones. The use of spices though sparing was quite popular at times. Cinnamon, red pepper, spring onion, garlic, and ginger were the more used spices.

Popular Chinese cuisine today includes fried rice the preparation of which is not very complex for the masses. In the most basic description, it includes the frying of rice with vegetables and spices.

Chinese corn soups are yet another healthy dish. Spring roll is also a very popular Chinese dish since the dynastic ages. Millet wine was a popular component of the Han dynasty and became a huge hit amongst one and all.

Sticky rice and its compositions also were important ancient Chinese recipes for a healthy life. The finely chopped food was such coz Chinese people wanted their food to cook quickly. The unavailability of huge forests had made it difficult to procure fuel in the olden days.

Ancient Chinese dishes were quite health conscious as most of them were prepared by steaming, stir-frying and barbeque. Deep frying was sparingly used but the food always was low in calorific values.