China is the country which knew the art of building Ancient Chinese Ships almost since the time the human race began to develop. The shipbuilding technique has varied from simple to complex through the passage of time. A ship in Chinese is called Junk and was developed for the first time during the reign of the Han Dynasty.

The Ancient Chinese Ships were called junk approximately from the 14th century. The first ships made were bamboo rafts, canoe, wooden boat, oared boat, wooden sailboat, steamships and developed to the modern steel vessel over the years. The ancient Chinese ships can be traced back to the 2nd century AD. 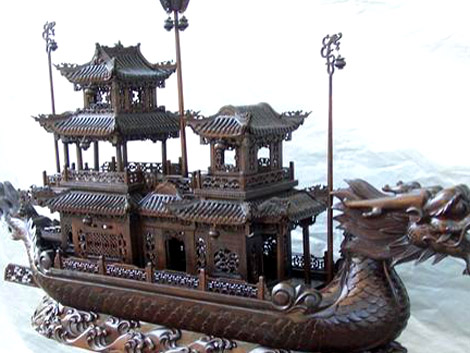 These ships were controlled at their trailing edge by lines like the other sailboats. The sails were made in such a manner that they could be adjusted according to the wind conditions. The ancient Chinese hung flags from the masts of their ships to bring good luck and even worshipped dragon on heyday which was believed to live in the clouds. 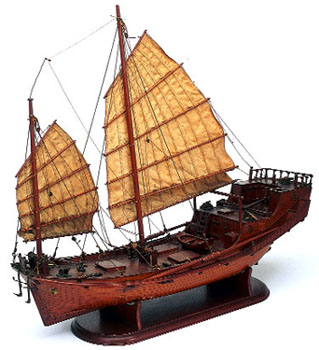 The ships or junks as they known as were built using softwoods and these ships had many compartments which had separate openings and ladders. The interior of these compartments was made of bamboo. The hull was traditionally a horseshoe-shaped stern and the base was flat without any keel.

The ships built during the Han Dynasty had four sails which were placed in a manner that they faced the same direction and thus help the ship balance itself in case of a storm. During the rule of the Song Dynasty, trading was carried out in large scale and thus the use of ships was also greater.

The military and mercantile power of the Song Dynasty provided a strong base for the successive Yuan Dynasty. The designs and structures of the Chinese ships built during the medieval period attracted the attention of many travelers like Ibn Battuta.

The Chinese used ships in great numbers during the Asian trade between 16th and 17th century with countries like Japan and other South-East Asian countries. The junks had three masts and weighed about 200 to 800 tons. The junks sailing on oceans were crucial from the point of view of Asian trade until the 19th century. These junks were also equipped to fight a war.

These ships give us an insight of the advanced techniques used by the Chinese people during those times which made these ships distinct from others.