Though China is renowned for many discoveries in the field of science and technology, there is one specific discovery which completely changed the outlook of Ancient Chinese Trading and commerce. The discovery of the compass was indeed a landmark in the success story of China.

This led China to the discovery of newer markets via freshly discovered routes. These new routes soon emerged as important trade routes which would bring China a humongous prosperity in the near future. 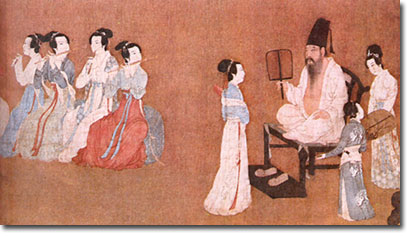 The Ancient Chinese Trading and commerce in ancient China was not the kind of trading you will stumble into these days. Trade elements included elements like salt, fish, cattle, iron, and silk. Silk amongst the others was a more profitable trade and included transactions of huge amounts of money.

Traders were basically rich merchants trying a hand in national and international trade. The lack of good transport facilities acted as a hindrance but the traders struggled on with their trials. The safety of the available trade routes was another issue. 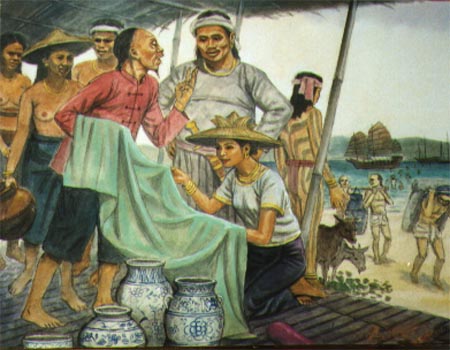 Chinese also specialized in the production of tea and the export of the same. Green teas, fermented teas, and flower tea were few of the unique exports of Ancient China. These exports traveled to the far and wide Western countries mostly by the silk routes.

Cowrie shells were first used for internal trade exchange in the country. This was soon exchanged with metallic versions of the same. Metallic strings composed of beads and known as cash was the next Chinese currency. However, it was not until the 1100 AD that paper money came into existence during the reign of the Sung Dynasty.

This brought about a revolution in the Chinese economy and all other forms of currency were seconded to make paper notes the primary currency in ancient China. The ancient silk route is still a very popular trade route amongst traders worldwide.