Famous Ancient Chinese Poet Tu Fu was born in 712 in a scholar-official family living in Kung-hsien, Honan. Tu Fu’s father was a minor district magistrate. Tu Fu became an eminent Chinese poet during the reign of the Tang dynasty.

He was a poet who wanted to serve his country and his poems were a source of his ambition. Through his poems, Tu Fu also narrates his life experiences. He was a great poet of the Tang dynasty known for his skills.

Famous Ancient Chinese Poet Tu Fu experienced the unfortunate death of his mother when he was very young and his father married again. After his father’s second marriage, Tu Fu stayed with his aunt in Loyang for a while. Tu Fu was given the education that will help him in becoming a civil servant. 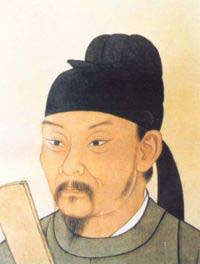 When Tu Fu was young he often visited the areas in the Yangtze River and Yellow River. Tu Fu went to Chang-an sometime between 735-746 to appear for the civil service examination but could not clear it.

Tu Fu again made an effort towards his career as a civil servant and gave the exam for the second time. All those who had appeared for this examination had been failed by the prime minister. 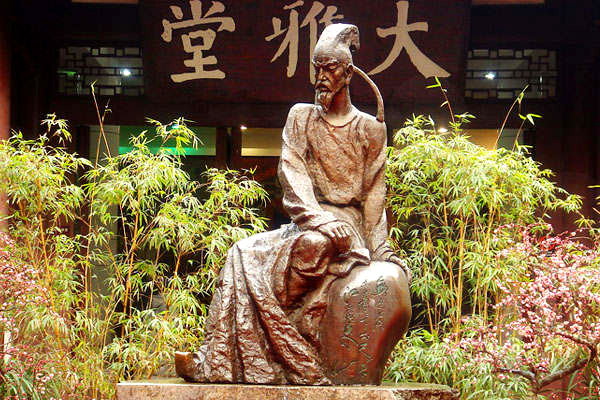 In 751 Tu Fu tried again for an official position by sending the Emperor a prose (fu) composed for the three grand state ceremonials. Though the Emperor liked Tu Fu’s work, he was not given an office nor was given any reward. In 744, Tu Fu met Li Po, a poet and their friendship lasted for a long time.

Tu Fu got married in 752 and the couple together had five children, one of the children died in infancy. Tu Fu for the first time had had a health problem in 754 which he was forced to live with for the rest of his life. In 755, he was appointed as the Registrar of the Right Commandants office. In the same year, the An Lushan Rebellion broke out which resulted in social unrest.

This period was particularly rough for Tu Fu as he was on the constant movement from one place to another in search of a job and keep his family safe from the outside chaos.

The pressure of the rebels was such that the Emperor Xuanzong had to leave the country in 756 and live his life in exile. In 757, Tu Fu on his re-joining of the office was appointed to the post of a Junior Reminder to the court of the Emperor.

Famous Ancient Chinese Poet Tu Fu in 760 moved to Chengdu where he spent the next five years of his life. It was during this time that Tu Fu faced severe financial crunch. Despite the problems, he was a happy person and the poems written by him of this experience are peacefully narrating his life in the thatched hut he resided in.

Again in 762, Tu Fu had to leave Chengdu as the rebellion broke out but he returned a few years later and was appointed as the military advisor to Yan.

In 765, Tu Fu with his family sailed the Yangtze to come back to the birthplace of Tu Fu and live there. They traveled slowly and cautiously owing to the weak health of Tu Fu and also because of his old age. Tu Fu and his family stayed in Kuizhou for two years and it here that he wrote around 400 poems, which were his last.

In 766, Tu Fu was engaged as an unofficial secretary to Bo Maolin, the governor. In 768 Tu Fu took to traveling again and reached Tanzhou in Hunan province by 770. It was here that Tu Fu died of his ailment at the age of 58 years.

Famous Ancient Chinese Poet Tu Fu’s poems mostly spoke about morality and history as he had seen the historical events that changed the Chinese society. It is through his poems that one can understand the life of this famous poet. Tu Fu expresses his love for his country through the medium of his poems.

While some poems are deep in their meanings, others showcase his happiness, his life and his longing for his family. Tu Fu had an exceptional power of describing his thoughts and his ability to rise beyond the real world and create imaginary surroundings. Tu Fu used to write poems under his pen name Zimei and his work inspired the Chinese and the Japanese literary culture,