Zheng He was born in 1371 and his actual name was Ma He. He was born in a Muslim family which lived in Kunyang. His great great grandfather was a Persian who worked in the administrative department of the Mongolian Empire and was also the governor of Yunnan for some time.

Zheng He was the famous Chinese explorer, mariner and fleet admiral who made journeys to East Africa and South Asia. Zheng He was also known by the name of Cheng Ho.

In 1381 Zhengs father died after a battle with the Ming army, Zheng He was only eleven years old when he was taken captive by the Ming Muslim army and was later on sent to the Imperial court to work as a eunuch where he was known as San Bao or Three Jewels. From 1403-1424 he was the trusted adviser of Yongle Emperor and he got his name Zheng He in return for his services to the Emperor.

From 1405-1433, the Ming government spent money on seven expeditions to carry on trade activities and in 1425, Zheng He was appointed by Hongxi Emperor as the Defender of Nanjing. He was then chosen as the leader of the seven expeditions known as Western Ocean and for his first expedition, Zheng took with him 317 huge ships and around 28,000 men. 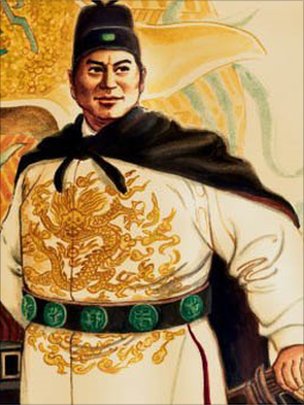 They visited places like Arabia, East Africa, India, Brunei, etc, where they delivered the goods and took some in return. On these voyages, Zheng He gave gifts like silver, porcelain, gold, and silk and received gifts like camels, ivory, giraffes, zebras, and ostriches on behalf of China.

Zheng He was merciless when it came to suppressing the pirates along the Chinese waters. Zheng He was successful in bringing diplomats from around thirty states who came to China especially to visit the Ming court and pay their respect.

After the death of Yongle Emperor in 1424, his successor, Hongxi Emperor wanted to put an end to these expeditions but Zheng He went on his final expedition from 1426-1435 during the rule of the Xuande Emperor. One of the important ship used by Zheng during his voyages was the Treasure ship.

This ship in the fleet of the Zheng He was a Fu-Chuan ship that was apt for the ocean-going expedition. These ships had nine masts and weighed around 1500 tons. The treasure ship had the capacity to board over 1000 passengers at one time. The ship had a sharp base, a broad deck, a sharp front end and a square stern.

All these features of the treasure ship made it effortless to sail on the rough ocean waves with utmost easy. The treasure ship was not only the most advanced ship but also was the largest wooden ship that was built during the ancient times that cruised along South Sea and West Sea. Other ships used were Patrol boats, Water tankers, troop transports, horse ships and supply ships.

The purpose of carrying out the seven voyages was not only to improve the trading activities with other countries but, also to get to know new cultures, find new sea-routes which would enhance the communication, promote socio-economic development, etc.

Apart from expensive gifts, Zheng He was successful in bringing back to China fuel and building materials. Zheng He died during his last voyage in 1435 at the age of sixty-five years and was buried in Nanjing. Zheng He was no doubt the greatest explorer of the ancient China and is still remembered today for his voyages.