Ancient Chinese movies date back to 1896 when the world was new to the motion picture. There has been no looking back since. Today movies on ancient China are made not only in China but also in other countries all over the world. Shanghai was where the first shots were recorded for The Battle of Dingjunshan in the November of 1905. These earlier movies (Old Chinese Movies History) drew inspiration from the political scenario that shrouded China as well as the life of the common man. 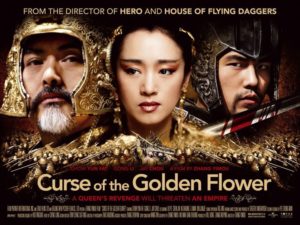 Chinese Movies History emphasized on class struggle, external threats and the lives of peasants. Spring Silkworms, a heart touching narration on the life of a silk farmer was socially symbolic in the same way as The Goddess, which had a prostitutes life as its backbone. Both movies were hugely successful.

This post-1930s era is now referred to as the Golden age of Chinese cinema. The second Golden era of Chinese cinema arrived after 1945 when the very significant Kunlun Studios was established. The era produced classics such as Myriad of Lights (1948), The Spring River Flows East (1947), and Crows and Sparrows (1949).

Spring in a Small Town (1948), critics say, is one of the most important movies in the history of Chinese cinema. However, the movie has no political significance was strongly criticized and soon forgotten. Communism showed no mercy.

The list of groundbreaking ancient Chinese movies is endless. I have randomly selected a few and studied them here.

This was a short film produced in 1922. It was a silent film, 30 minutes in duration. It also has English intertitles. This is the most ancient Chinese movie that survives today. Produced by the Mingxing Film Company, this film was the prolific company’s first production. The fact that the movie has English intertitles shows that Chinese movies had Western viewers as well.

Legend of the White Snake: this is a Chinese legend which has inspired many ancient Chinese movies. The story narrates the tale of love between a young man who falls in love with a thousand-year-old woman. The woman is a white snake living in human form. A holy saint tries to intervene as a relation between a human and spirit is forbidden. The priest casts a spell on the white snake which then becomes a deep well.

Spring in a Small Town:

released in 1948 and deeply criticized for its romantic plot, this ancient Chinese movie is today considered the most important movie in the history of Chinese cinema.

Ancient Chinese cinema saw many highs and lows and continued to evolve nevertheless. Chinese Movies History inspire filmmakers even today. In 2004, Hong Kong Film Festival awarded Spring in a Small Town as the greatest Chinese-language movie ever made. This award speaks for all those movies made, which are still watched and loved.