Some of The Ancient Chinese Beauties:

Four women, in particular, deserve special mention. They were Xishi, Wang Zhaojun, Diaochan, Yang Yuhuan. These were some of the ancient Chinese beauties. 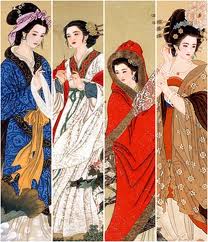 They are remembered not only for their beautiful faces, they demonstrated many heroic qualities as well. Xishi saved her state from external attack. She when her native state Yue faced threat from another state Wu, she seduced the king and manipulated him to kill his marshal.

Her state was saved from being defeated by Wu. Diaochan defeated merciless warlords during a badger game. Another beautiful woman, Wang Zhaojun married the king of the Huns in order to put the nomadic Huns at ease and to make them peaceful. 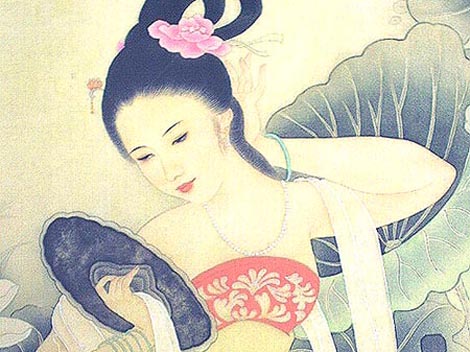 The Chinese regarded slender and thin woman as beautiful. Yan was a perfect example of a thin woman with a very sleek appearance. She was so thin that it was often said that she could dance on a single palm. Chinese women were expected to have a thin and a slim waist. These were the concepts of beauty prevalent during the rule of the Han dynasty. 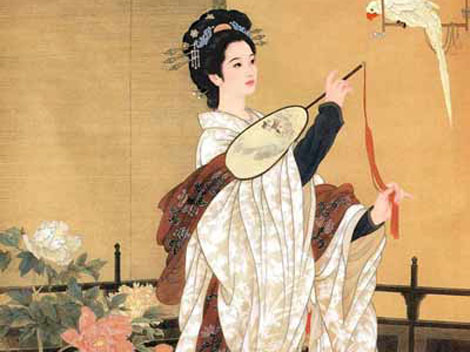 The Chinese people were imaginative. They aspired to achieve women who were perfect in terms of features. Literary texts were composed describing the ancient Chinese beauties.

Women with nice eyebrows, shaped like a silkworm, who had eyes like that of a phoenix, were described in the literary texts. The text also has references to ancient Chinese beauties who had almond shaped eyes and lips resembling that of a cherry.