China has been quite efficient at their healing techniques for over thousands of years now. Be it acupuncture or herbal medicines Ancient Chinese Healing had several techniques to do it job effectively.

The first evidence of noteworthy Ancient Chinese Healing was found in the Han Dynasty between 202 BC and 220 AD. A treatise on cold damage is the first Chinese written work on healing.

Zhang Zhong-jing the mayor of the city of Changsha is credited with the writing of this book. The evidence is again found in the form of a physician known as Hua Tuodrom the province of Eastern Han.

This physician is said to have used anesthesia on patients during surgical operations. A unique formula composed of wine with an addition of powdered cannabis was used as an anesthetic.

The physician also specialized in curing ailments like dizziness, headache, fever, cough, and cold, worms or blocked throats. He used a combination of herbal medicines and surgical treatment to cure his patients. 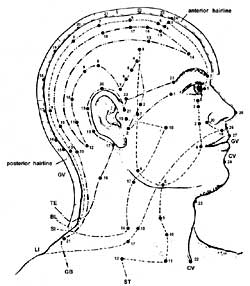 Acupuncture was one of the primary methods of treating ailments in ancient China. As you perhaps already know acupuncture is the unique treatment of inserting needles into one’s body. It works on the mechanism of manipulating needles around the various body parts of a human being. 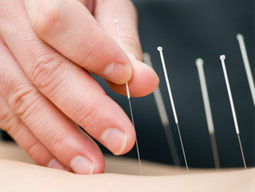 The use of this technique can be traced back even to the late stone age where spiked stones were used instead of needles. Bone was next used to make these needles. However, the biggest change took over during the reign of the Han Dynasty when metal needles replaced the ones made of stone or bone.

In the Jin dynasty around 265 AD, the then renowned medical practitioner Huang fu-Mi is said to have used a combination of acupuncture and moxibustion. The Tang dynasty brought about further advancements in healing techniques with Wang Bing publishing an edited version of the original Neijing Suwen.

Another important technique of treatment in use was the Chinese food therapy which tried to heal people with controlling their diet. A prescribed meal was to be strictly followed for the proper functioning of this method, however.

Cupping is a type of ancient Chinese massage which uses several glass cups on one’s body to treat by the action of suction. People became more conscious of the need for proper Ancient Chinese Healing techniques with time and as such monarchs started funding scholars to get them to write books on methods of healing and treatment.