Ancient Chinese songs can be traced back to the Zhou dynasty which reigned from 1122-256 BC. Songs and music formed an integral part of Chinese society and culture. It was considered to be one of the four functions including politics, las, and morals. The emphasis on music and songs led to every republic and dynasty in China establishing a department of music. Even in the present times, Chinese songs are very much an unavoidable part of Chinese culture. 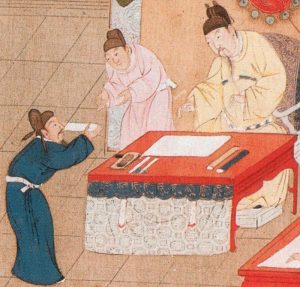 Music was rich in Qin dynasty

Along with the Zhou dynasty, the Qin, Han, and Shang dynasties also saw a great upheaval in songs and music. Diverse traits emerged from cross-fertilization with other affiliates of the Chinese empire. There were court musical instruments in addition to panpipes, zithers, stick Membraphones, flutes, bells, and lithophones as well.

But the major breakthrough came during the Qin dynasty with the introduction of the zheng which was an oblong bridged zither. It was popular in places like Hakka, Shangdong, Henan, and Chaozhou. The result of cross-fertilization with other cultures was more evident when the pipe was introduced during the 6th century after it was brought over from Arabia and fine-tuned to Chinese tastes.

It was during the period of the Qin dynasty that ancient Chinese songs were penned and tuned with the help of many novel instruments introduced from foreign lands. Among the instruments introduced, the Shukongbou standing harp and the double reed jiao oboe stand out. Traditionally, Chinese vocal music has always relied on a thin and falsetto type of voice which was typically solo in nature.

Melody rather than harmony

Instead of relying on harmony, ancient Chinese songs have always relied on melody. It was said by experts on ancient Chinese culture that the music developed with the singing of the verses and poems. Folk music, which is part of ancient Chinese songs, is reserved for funerals and weddings and is oboe like, played with various instruments. The music has its origins in temples during imperial times and was popular in Tianjin, Wutai Shan, and Xian.

Ballads in ancient Chinese songs originated from Nanyin, Naguan and Fujian provinces and were characterized by grief and sorrow. They were sung during periods of mourning. It was very popular among lovelorn women in China. Ensembles were also very popular in the southern part of China in the provinces of Hakka, Shantou, and Chaozhou. Chinese opera and orchestra music has also been very popular since the ancient times.